Dubai is thought to have been established as a fishing village in the early 18th century and was, by 1822, a town of some 700–800 members of the Bani Yas tribe and subject to the rule of Sheikh Tahnun bin Shakhbut of Abu Dhabi.In 1822, a British naval surveyor noted that Dubai was at that time populated with a thousand people living in an oval-shaped town surrounded by a mud wall, scattered with goats and camels. The main footpath out of the village led to a reedy creek while another trailed off into the desert which merged into caravan routes. In 1833, following tribal feuding, members of the Al Bu Falasah tribe seceded from Abu Dhabi and established themselves in Dubai. The exodus from Abu Dhabi was led by Obeid bin Saeed and Maktoum bin Butti, who became joint leaders of Dubai until Ubaid died in 1836, leaving Maktum to establish the Maktoum dynasty. Dubai signed the General Maritime Treaty of 1820 with the British government along with other Trucial States, following the British campaign in 1819 against the Ras Al Khaimah. This led to the 1853 Perpetual Maritime Truce. Dubai also – like its neighbours on the Trucial Coast – entered into an exclusivity agreement in which the United Kingdom took responsibility for the emirate's security in 1892. 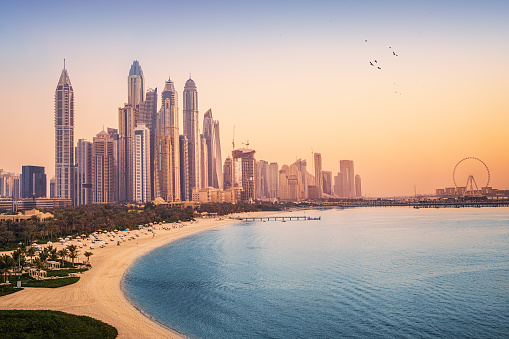 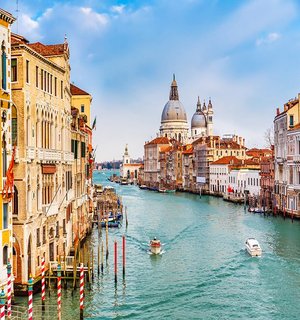